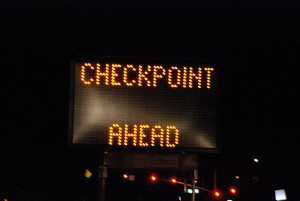 Here are a list of a few of thesan diego dui checkpoints just since the beginning of the fall semester .
As we all know DUI’s are expensive , time consuming , job destroying , life altering events . If you don’t know this by now just ask one of the 214,828 arrested in California 2008 and that number has gone up ! A Limousine , Party bus , Taxi , SUV , Shuttle or transportation rental would have cost all those people far less and believe me looking back they would have gladly paid the affordable prices we offer to avoid the night mare .
San Diego county is a very spread out city which makes it hard to get decent public transportation . This is why our Limo Service is so convenient and we make it affordable too some vehicles can be booked at low as $9 a person ! who is going to argue with that !
Avoid San Diego parking fees , gas prices , finding a DD , DUI’s , speeding tickets and traffic hassles .
Our San Diego Sober rides are by far the best option when your headed out to have a good time !
AveryLimoBroker.com will soon be adding a widget that lets people know where the DUI check points are and offers discounted limo services to help San Diego get to where they want to go safely !